Seasonal Changes (A View From My Garden)

Was out making offerings to Pan in honour of my late father years back and Dionysus came through which totally surprised me.  I had been feeling the “pull” of Dionysus when it came to my dancing and it felt only right to honour him by having rites in his name.

Under a canopy of fig, laurel and ivy I placed a sacred earthly shrine in my back garden and I have honoured him there ever since:

A keepsake box with an image of Dionysus and his Maenads which I got during my last trip to Greece
and which I keep my dancing finger cymbals in.

I have always preferred to make my own tools and items which I use in my daily magickal practice for several reasons.  First its not always easy to find what I am looking for to suit my specifications and secondly at times these items can be expensive.  I also feel its much more personally powerful when you spent time and energy making it yourself.

These days its much more easier to make your own tools of the trade (so to speak) using YouTube or on-line forums to guide you.  When I started, you could either do your research through books or through someone who was offering training through workshops or the like.

Luckily I have had the good fortune of being taught some of the basics through family or I have self taught through other means like observation or trial and error.  I have also attended various courses and workshops over the years (some being very useful whilst others were not).

I encourage all who walk the magickal path to try their hand at making their own tools and to keep trying if it doesnt work out the first time or two.  The benefits not only enrich your practice but also your skills.

Below are some examples of what I made which were a little bit challenging but worth the effort.  These were made in a day and for me it was a little tricky as the dream catcher would of been more intricate but the tiny knots were hard to do with my long fingernails.  It turned out OK nevertheless as it has special meaning for me because I made it and personalised it to my wants and needs.  The dream-catcher is made from suede, wooden beads and the feathers are crimson rosella, duck and raven. The wand I made which embodies all the elements is made from copper, leather, suede, beads, crimson rosella feathers, shells, tektite and a lamurian/atlantean quartz. The Ian Potter Museum currently has a “Mummymania” Exhibition happening right now until the 17th of April in Melbourne for free…taken from the exhibit website:

Mummymania focuses on the figure of the Egyptian mummy and its role within the themes of life, death, resurrection and immortality. Ranging from the mummy’s original role in ancient Egyptian funerary practices to its importance in early scientific investigations into ancient disease and medicine, and its popular reception as a malevolent Hollywood monster-figure, the exhibition looks at the changing perception of the mummy over time.

Mummymania includes a small number of mummified objects that reveal the mummification process in ancient Egypt and its relationship to Egyptian afterlife beliefs. The history of the exploration of Egypt by Europeans and the export of ancient Egyptian antiquities including mummies also features, including the public mummy-unrolling spectacles that were popular in the nineteenth century. The pivotal use of mummies in medicine, and the scientific analysis of tissue including the use of CAT scanning in order to understand ancient disease, is an important aspect of the legacy that is not widely known. This lesser known history is explored alongside the mummy’s well-known role as a Hollywood horror film star.

I have taken some images I would like to share with you from the exhibition which were my favourite items displayed (no images of remains were taken due to the nature of the images being something I personally don’t feel comfortable with): 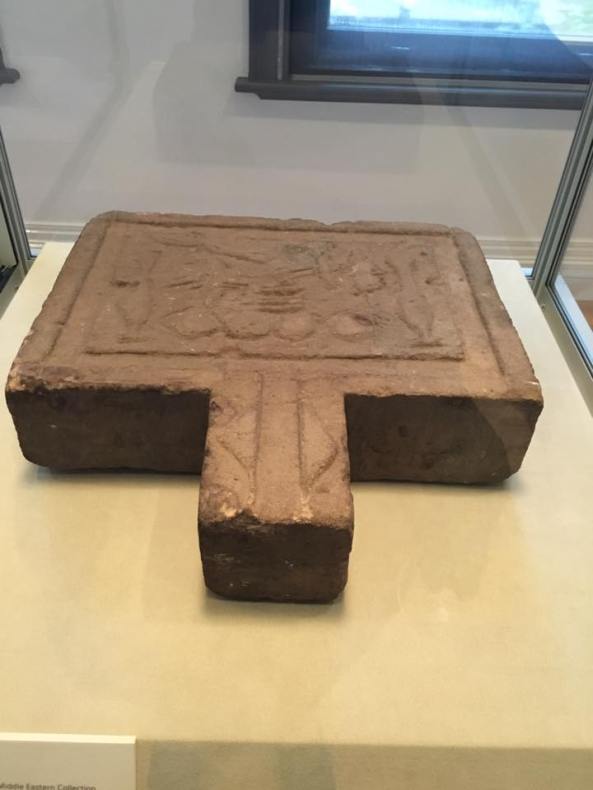 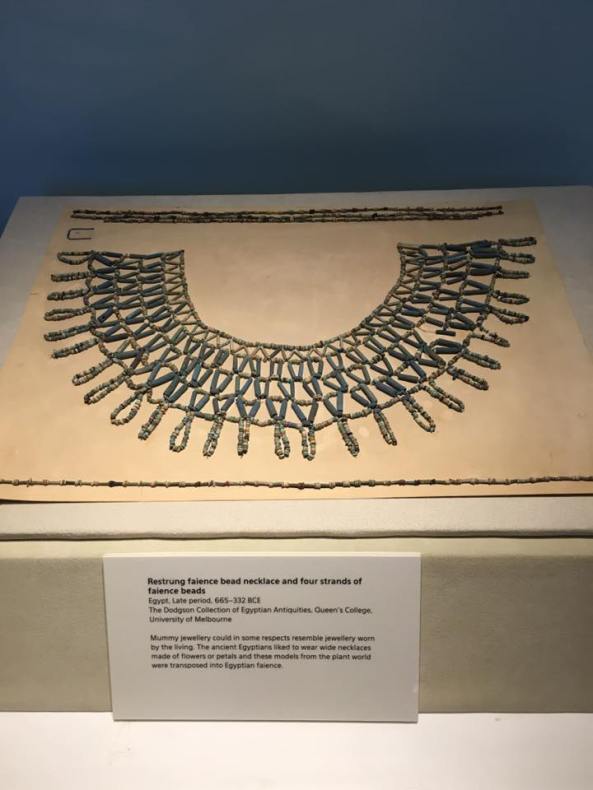 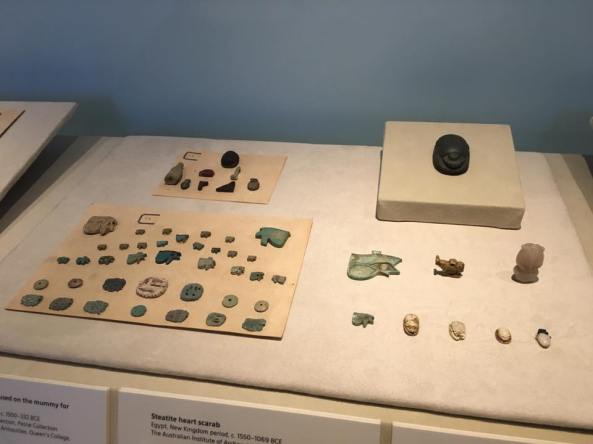 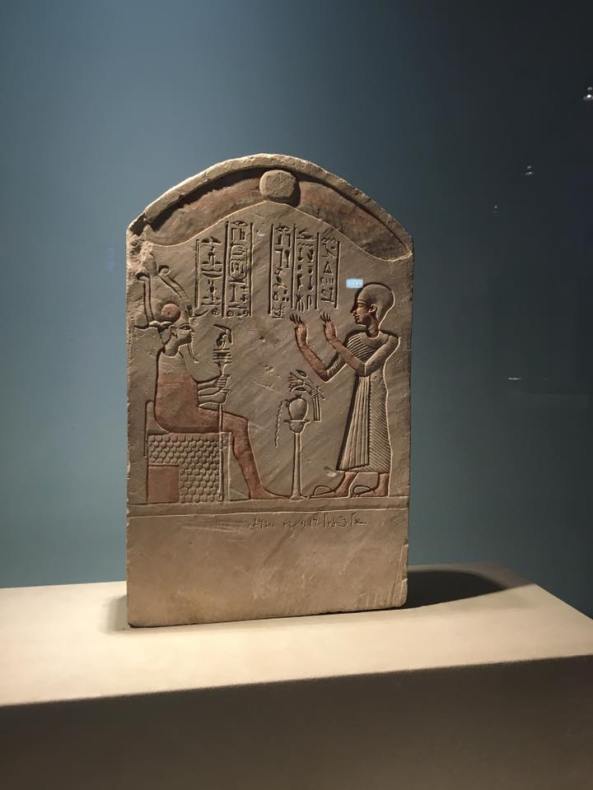 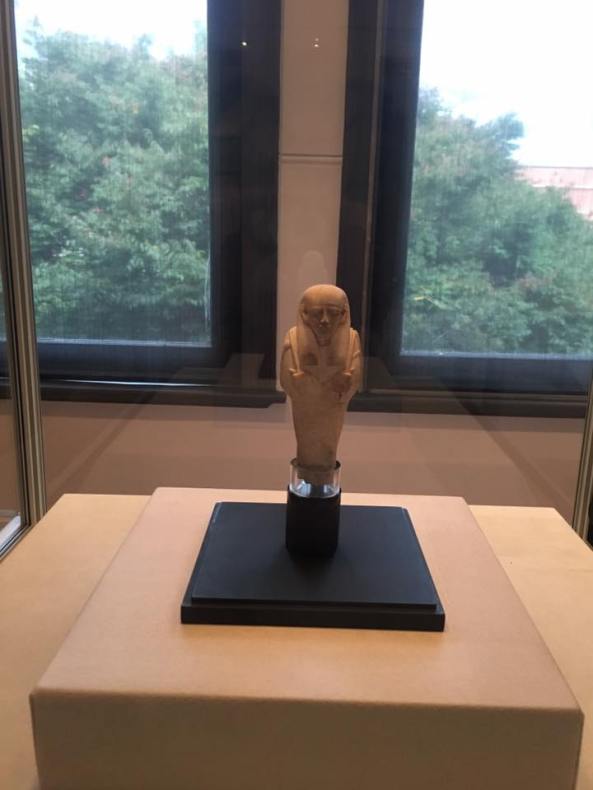 Temple of Athena the Savior

Bibliotheca Alexandrina is seeking submissions for Dauntless, a devotional anthology in honor of the Greek Ares, God of War and his Roman counterpart Mars, Father of Rome. Submissions will open 1 January 2016 and close 1 June 2016, with an expected release date of early Summer 2016. This anthology is being edited by Rebecca Buchanan.

The editor is interested in a variety of material, including but not limited to: prayers, rituals, hymns, essays, visual artwork, short stories, plays, recipes, and new translations of ancient and public domain works.

In your work, consider:

— comparing/contrasting Ares and Mars;
— the relationships between these two Gods and other Deities in their pantheons, especially Athena, Minerva, Aphrodite, Venus, Nerio/Nerine, Zeus, Jupiter, Hera, Juno, and Quirinus;
— the offspring of Ares, such as Phobos, Deimos, Harmonia, and many others;
— the offspring of Mars, such as Romulus and Remus; and Mars’ role as a founder/pater of…

Temple of Athena the Savior

I’m excited to see this one happening. Hestia doesn’t get a lot of attention, She  deserves a devotional of Her own. I hope there are lots of good submissions, so please spread this call far and wide! Original post here.

Bibliotheca Alexandrina is seeking submissions for a devotional anthology to honor the least and greatest of Olympians, in a volume entitled First and Last: A Devotional for Hestia. Firstborn of her mother Rhea, and last to be disgorged from the gullet of her father Kronos, Hestia receives first and last offerings from many Hellenic polytheists, but does not play the kind of public role associated with her siblings. In antiquity, her cult was mostly of the household rather than of festivals and temples, and she was not as prominent in the myths of the day. Nevertheless, as accepter of sacrifices Hestia receives her due, what is sometimes… 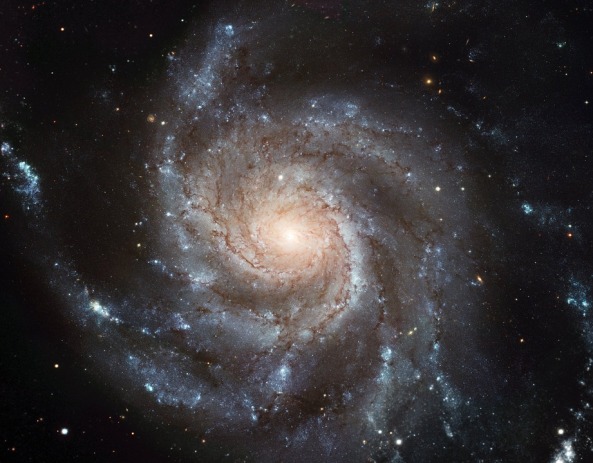 Never to rise nor set

Within and upon your earthly kin

Eternally through the promised premise