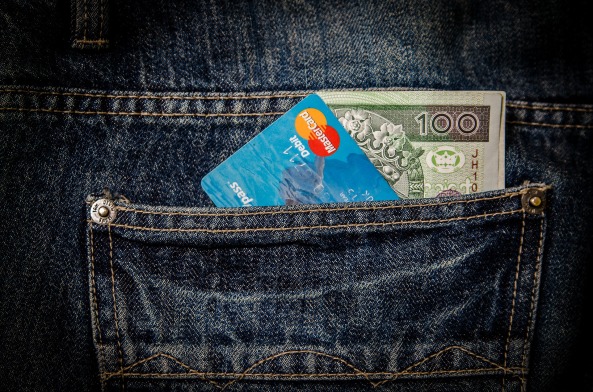 I am so over various religious/spiritual organisations constantly asking for donations especially when said organisations don’t fully support (all) their members and then go about misappropriating the funds.

This kind of behavior is immoral and unethical from my own point of view and that is why I am distrustful of the majority of institutionalized, hierarchical religions/spiritual groups who hound for donations.

I stopped attending the Greek Orthodox Church when I was 11 or 12 but I do recall the regular donation trays going around for various things…one for the church, one for the priest, one for the Sunday school and on and on – although there was NEVER one for the poor etc and the church was completely decorated in gold, the priest went around in a BMW and lived in a double story mansion in a great part of town, sent his kids to private school and gave them all the indulgences rich kids want, including sports cars when they hit the driving age and regular trips to Europe. Then there was the donation box in which you had to donate to be able to light a candle otherwise you’d get death stares from the ushers –  even though the cost of the candle was worth about ¼ or less of what the minimum donation you were asked to give.

When my father died I found out that I couldn’t have the service at the church that he did attend whenever he felt like it as the Arch Diocese had ex communicated the priest and that particular church as they were running like a business and refused to hand any percentages over to him (like the other churches do). Seriously?

So in my desperation I held it at the church which was near the nursing home dad was at. I had to make SO many mandatory donations to the priest of that church and pay for so many things, even though the priest was fully aware I had drained all my savings to pay for the ridiculously overpriced funeral and that my father had left me with his debt – he still didn’t show me any consideration or compassion and demanded I hand over multiple donations and purchase necessities.   In fact the necessities I had to pay for weren’t actually needed as their storage rooms were full of the overpriced imported items I was told to purchase for the church along with the various marked envelopes of donations I was giving them for doing a job which I had already paid for (you have to pay for the funeral service, the rental of the hall where the wake is and all the catering which I understand but they still demanded specific priced donations to the church, priest, school, hall, chanters and ushers).

I only held the rites for dad up to the 40 days even though I was berated with multitudes of others that needed to be done according to the priest. (I found out from another church whom I called for confirmation that this was unnecessary and that I was indeed being taken advantage of in my distressed state).  Their ongoing harassment for me to attend regular services otherwise I’d go to hell (the congregation didn’t consist of anyone younger than 60 years old) and demands of me tithing to the church even though I was not a member infuriated me as well as the priest’s out an out greed put me off.

Funny thing is the sermon that this priest had given on the 40 days memorial was about how greed was ruining society and that we should not spend money on frivolous things….this was followed directly with a plea to attend the BBQ fundraising event they were having at the hall next door as it was their responsibility as the congregation to make sure we had funds for all the things the church wanted to accomplish (which from what I could perceive was self serving ones of getting the priests home renovated and buying more land they could rent out for profit). 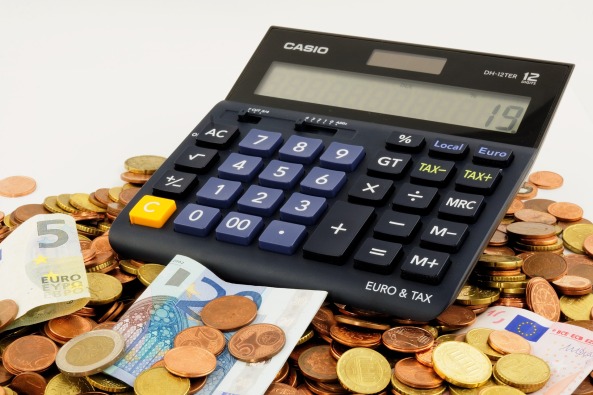 But its not only Christian churches who try to rip of its members but I’ve found it in the pagan community as well.  When I was with the COW in the late 90’s we used to pay a yearly membership fee. This was ok with me because it went to pay for items used in the rites we performed, tea and coffee etc during agape and also the electricity, gas and water for the HP’s home during our time there.  When we had fellowship nights on Sundays the HP would make the coven members hound the visitors for donations to cover the rent of the house she decided to rent (to be able to hive off another coven from the one she was running from her home).  This was completely her idea not the coven as a whole and I actually didn’t know anything about this until after I had completed my year and a day training and been initiated.

Then the HP introduced Moon Money to cover “costs” even though our yearly membership money was supposed to cover that and the fact that we all brought food for agape, wine and cakes for the actual rite and personally provided anything else that was needed wasn’t enough.  Not too much later she started asking for New Moon Money to cover more costs and then Sabbath money to cover even more costs. I was feeling unsettled especially since as I said above all our costs were being covered by the yearly membership fees and the HP was using the additional moneys to cover her own personal costs like internet, petrol, servicing her car, things for her home and garden items like chainsaws.  What bothered me that these were PERSONAL costs but because she was clergy, she claimed that these costs were imperative to her being proper functioning clergy and that it was the coven’s responsibility to cover the costs.  What bothered me even more was that she didn’t work and hadn’t held a job for decades and in my opinion it was not our job as a coven to support her and her family’s lifestyle (especially when the knowledge she did impart on us was limited and inexperienced). Those who stood up to her or challenged her were swiftly kicked out or mentally beaten down and abused until they left. Suffice to say I was one of the few that stood up to her and constantly questioned some of her actions but I got away with it as the coven fully supported me (and she knew if I left the majority of the coven would leave with me) .

Suffice to say I ended up leaving the coven because I had enough (it was due to the money thing and other issues I wont go into with respects to her inappropriate behavior towards people).

After I left I found out by the Maiden (who was the administrator of the coven) that not only had the HP misappropriated funds by herself, one of the priestesses and man in black who were supposed to be running the coven in the rental property were either stealing money from the coven account or using it for personal spending (like cigarettes, rent, their personal groceries etc).  I had witnessed things during my time there but after I left, pretty much all except a few left with me and it was during this time that we pieced together what had transpired with the financials of the coven as well as some other things which was oh so wrong.

Once bitten twice shy so the fact I’ve been bitten twice – I wont be bitten ever again which brings me to this – when a religious or spiritual organisation hounds its members for donations I now instantly think “what is it for?” closely followed by “what have they done for the members of this faith including the members who are in dire situations?” and lastly “what have they done for me in order for me to show my appreciation?”.  I really don’t care how this sounds, as I will not part with my hard earned cash if I don’t have satisfactory answers to these questions, and if they don’t like it well then that is their problem and its obviously not the place for me. 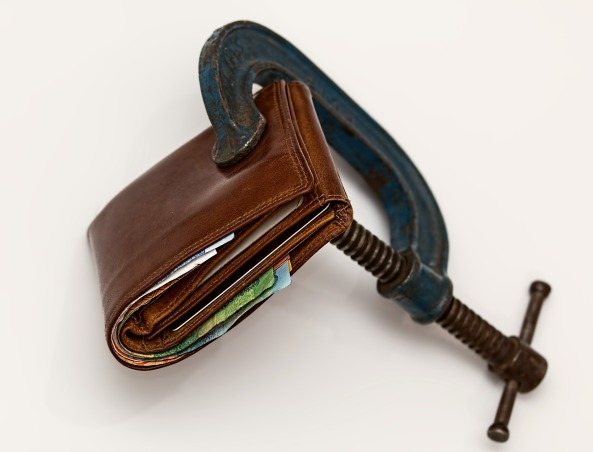 Don’t get me wrong there are organisations out there which aren’t like this.

I’ve been with the FOI since 1998 and not once have I been hounded for donations.  I know its not a religious organisation but the fact it’s a spiritual based organisation which has been running successfully since 1976 and there are fully functioning temples, Iseums, Lyceum and Groves all over the world is testament that members don’t have to be berated for donations to make things work.  They are free to charge for their services, teaching, workshops, what have you and members can donate in money and gift form to whom they please but you are not guilt tripped into donating money.

Then there is the Masonic lodge I was with never hounded us for donations.  We have a yearly membership fee (covers rent of building, gas, electricity, water, cleaning etc) and we have to bring all the items needed for the south on a rotating basis and purchase our own regalia when needed.  Fund raising events for charitable organisations (sick, homeless, poor etc) are by volunteer basis only and you aren’t made to feel bad about not being able to contribute financially or physically but appreciated in what you can do to help in any way if possible (if not then that is ok too).

Another example I have on top of my head is the Brahma Kumaris Centre – they have retreats and meditation centers all over the world who run classes and workshops yet they never ask for donations and in fact their donation box isn’t even prominently displayed. The only way you find out about it is to actually ask the staff (who are all volunteers and not paid) about donations.

So before you depart with your hard earned cash – think about where its going and what it will be used for as spirituality isn’t for sale. 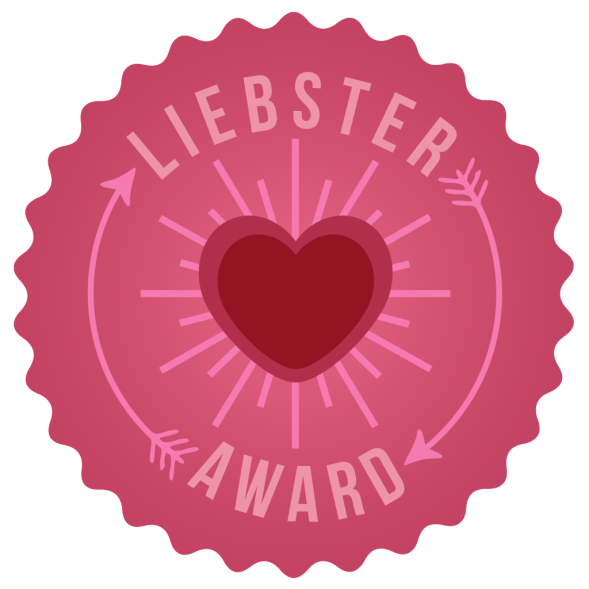