She Who Speaks Through Silence:
An Anthology for Nephthys (contributor)

Hymn Titled:  “A Call to Nephthys” 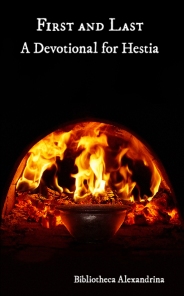 First and Last:
A Devotional for Hestia (contributor)

Hymn Titled:  “A Call to Hestia” 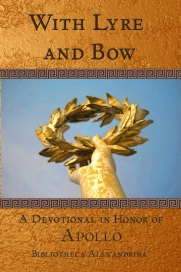 With Lyre and Bow:
A Devotional in Honor of Apollo (contributor) 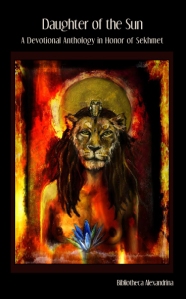 Daughter of the Sun:
A Devotional Anthology in Honor of Sekhmet (editor and contributor) 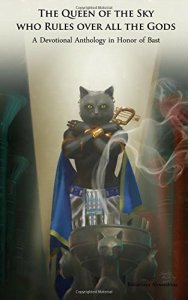 The Queen of the Sky Who Rules Over All the Gods:
A Devotional Anthology in Honor of Bast (contributor)

Beyond The Pillars:
Anthology of Pagan Fantasy (contributor)

Short Story Titled:  “The End and The Beginning”

Memento Mori – A Collection of Magickal and Mythological Perspectives on Death, Dying, Mortality & Beyond (contributor)

All her life, T. Georgitsis has maintained a deep love and appreciation for the mystical, whilst also being deeply respectful to the Ancient Greek and Ancient Egyptian spiritual/magickal paths which she is devoted to. She is an Arch Priestess Hierophant within the Fellowship Of Isis (Lyceum of Heka), Hereditary Folk/Hermetic Witch, Initiated Wiccan Priestess and runs the Sanctuary of Hekate’s Crossroads (a temple devoted to Hekate) and is the owner of Hekate’s Crossroads (a popular Facebook group devoted to Hekate).  Qualified as a Reiki, Seichim and Sekhem Master and Tarot Councillor with the ATA, T. Georgitsis has also studied various modalities within natural/alternative medicine and has worked professionally as a reader, healer, purveyor of magickal items and teacher of workshops in various metaphysical and occult subjects. T. Georgitsis has been published in several varied publications over the years, ranging from anthologies, magazines and blogs.  A regular article writer focusing on Kemetic, Hellenic and general occult works, she also edited her first book, Sekhmet Daughter of the Sun: A Devotional Anthology in Honor of Sekhmet in 2015.